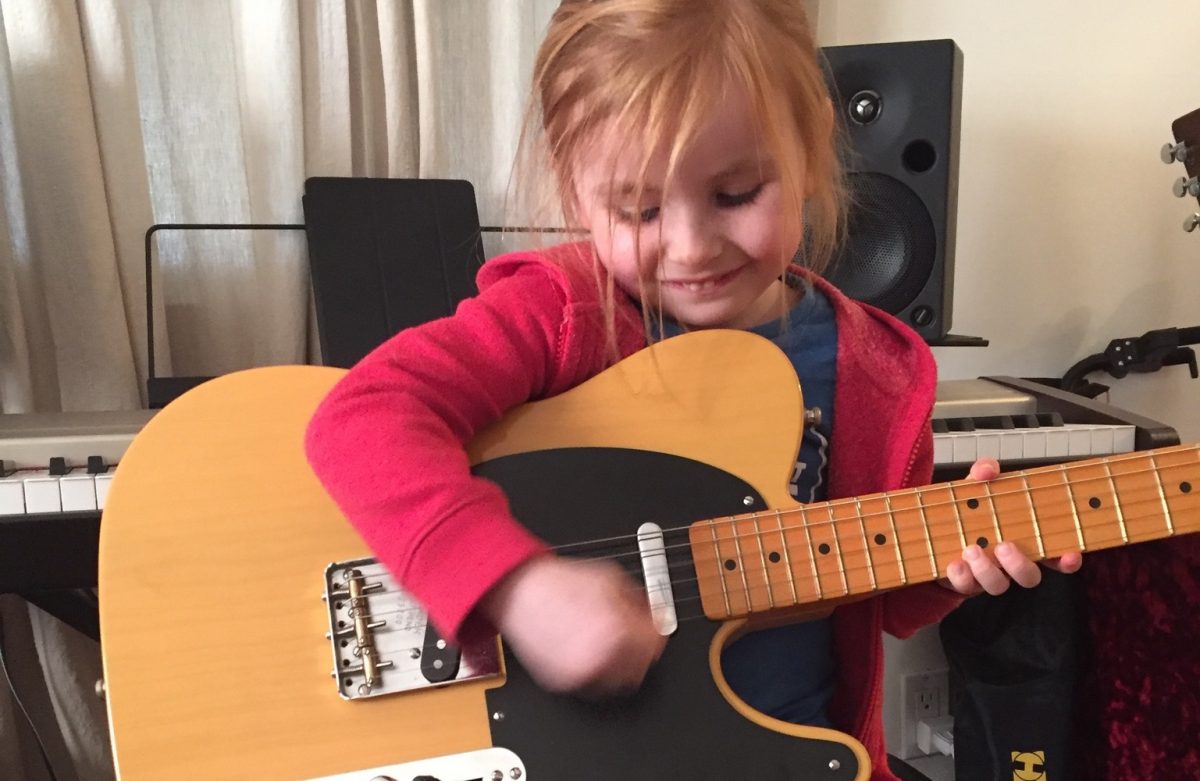 My dad used to play The Beach Boys’ Endless Summer a lot when I was little. I’d listen to “The Warmth of the Sun” over and over, lying on the floor, drawing and dreaming. Looking back, it’s clear that’s how it all started: music, design, thought.

When I was 22, I mashed up Endless Summer with the 80’s new wave and hair metal I grew up on, and out came my first record, BLUE POP. The guy from my tiny record label called it ‘power pop.’ I’d never heard the term, but I liked it. It sounded fizzy.

The album got stellar reviews for an indie. The coolest was from ALL MUSIC GUIDE, who called it “…among the best guitar-pop albums of the ’90’s…” I had songs placed in TV shows like Felicity, Jack & Jill, and Undergrads on MTV. I won a passionate fanbase.

I was invited to one of Miles Copeland’s Castle songwriting retreats in Southern France, where I wrote a song called “Christmas Morning” with Kim Richey and John Berry. John recorded the song and released it on two of his albums. It also showed up on the Universal compilation A Country Superstar Christmas, Vol. 4 alongside Vince Gill, Travis Tritt, and Dolly Parton.

And then… I disappeared. Dealing with some health issues, I spent the next few years unable to do much more than read. I discovered The Tao of Physics and got really into the intersection of spirituality and science. I studied up on world mysticisms: Buddhism, Taoism, Kabbalah, etc. Then I tackled quantum, chaos, and systems theories, and evolutionary biology. When I finally came back to LA, I started a BLOG about it all, which somehow led to teaching a CLASS called “Spirituality, Science, and the Creative Process” at Otis College of Art and Design.

I was an art school professor. I still can’t believe it.

Soon I was making music again, songwriting and performing with an alt-country band called The Flutterbies. Two of our cuts were placed in that sad, beautiful, Oscar-winning George Clooney movie The Descendants. That began a string of good FILM/TV composing and session guitar gigs, including some national toy commercials and fistfuls of shred metal cues for Ultimate Fighting Championship.

I became a piano man at Ivan Kane’s Cafe Wa s in Hollywood, spending 3-4 nights a week crooning viby ballad versions of Foo Fighters and Britney Spears songs to hipsters and celebs. The piano was on a rotating platform. I thought I’d get dizzy, but never did.

Then in 2012, I decided I should finally follow up Blue Pop properly. So I bought Logic and some plugins, souped up my MacBook Pro refurb with extra RAM, and set to work with a crazy goal: songwriting, arranging, producing, performing, recording, mixing, and mastering all by myself.

It’s why I also started doing my own web design, graphic design, and bio writing.

Turns out, those are marketable skills, and the BRANDING AND DESIGN shop I started with them keeps me in vintage guitars and amps.

Anyway, it took awhile to finish the album, mostly because my daughter was born halfway through recording it! But in July 2013 I finally released POP, BABY—a grab bag of Elton John piano, glam rock guitars, Beach Boys vocal stacks, and new wave synth candy. All my favorite things.

Now that I had studio gear, I started PRODUCING some other great artists. I did more songwriting for film/TV and Nashville Songwriters Association named me “One to Watch.” I recorded and released SONGBOOK, VOL. 1—a collection of my favorite piano bar covers. I grew my design business and missed the days I had spare time to read and blog…

In 2015 I was invited to become a member of The Tribe, a collective of studio and touring musicians including members of Badfinger, Wilson Phillips, ELO, and Tom Petty and the Heartbreakers. We do shows in and around SoCal. Check the GIGS page for more info. I also started doing more sideman work as a guitarist, bassist, and keyboardist, most notably playing guitar behind the Drifters and Coasters.

And now? My Photoshop, Illustrator, and WordPress skills are fierce, and I’ve been playing a lot of ambient blues guitar in my spare time. I recently rediscovered and re-released a single I originally issued in 2010 called SCARRED that may inspire a new album. We’ll see how it goes.